The Many Faces of Jealousy (Part Two) 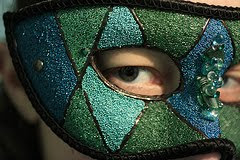 Growing up, my older sister’s soccer skills put mine to shame. I spent a good deal of my elementary and middle school years silently jealous of her talent and the attention she received because of it. That is until I finally learned the best way to manhandle the emerald-eyed beast.

Time after time I’ve come to understand the best way for me to deal with jealous feelings is to grow even thicker inside my own skin. What the heck does that mean? I’m all about the Gotta Be Me Grin. Whenever I feel even the slightest hint of envy bubbling up from within, I go into power drive to fight it, and I remind myself to stay the course on my own unique path.

You might be wondering what I did…about the whole soccer deal. Ashley was All-American numerous times, earning a full scholarship to college. She met Pele (see doohickey over last e). She even played against Mia Hamm in a final four college tournament. She shined. I quit. After eighth grade I decided to stop following in her shadow and I tried dance instead. Well folks, let me just tell you I move to my own rhythm. And because of this I was positioned back row, corner. Dance wasn’t it for me. But I kept searching to find my niche. In the search I discovered I’m one determined mother (well, that came later) with a predilection toward resiliency.

I get jealous in this industry sometimes, too. But I took notes from my youth. I fight it with the grin—The Gotta Be Me Grin.

Here are some other faces of jealousy without its mask:

Pity Me Pout
This one is so easy to fall prey to. The whole woe is me mentality. “I’m not as good as Perfect Patty.” Newsflash…Patty ain’t perfect and no, you’re not as good as her. Because, Pity Me, you aren’t meant to be Patty.

I Gotta Be Me Grin
This one is my favorite face to form to combat jealousy’s jaundiced glow. This is when we decide to celebrate others while growing in confidence in who we are, where we are, what we are doing, and why we’re here.

Protective Possum Pose
Shut down mode. Possum buries the treasures, the extraordinarily traits and talents meant to be offered only because PPP believes the lie that she doesn’t measure up. How can she measure up to anything when she flings herself under the dirt to hide?

Blabbering Blubberer
The Blabbering Blubberer runs his mouth desperate for attention, be it positive or negative. In a fitful and desperate cry to be noticed, BB flails and squawks in attempt to avert focus from the jealous party. More often than not BB ends up looking like a bumbling peacock with a cockatoo bleat.

Bitter Overbite
Unaddressed, jealousy festers. It can turn your heart cold, altering the climate of your affection and generosity. Unexplored, thoughts of this nature can crowd and tangle like an impassable jungle. This massive overbite of bitterness is bound to bite you back.

Self-doubting Shy Guy
Seesaw brain. So subtle this one is (so Yoda I love to be). Waffle and waver. Stew and simmer. The gumption is gone. Risk-taking extinguished, the light in Shy Guy’s eyes has dimmed. He’s allowed the beast to win, claiming the landscape of his face—of his whole demeanor.

Sneering Slanderer
This is the “I can’t win, so I’ll just bring ‘em down with me” mentality. It reveals great weakness of character and a gaping lack of humility. Bad mouth the person I’m jealous of and maybe I can tarnish their reputation. Odds are Sneering is the one who’ll feel the hurt on this one.

How do you unmask and fight some of the faces above? Can you think of any other faces that have helped you slay the emerald-eyed beast?

Email ThisBlogThis!Share to TwitterShare to FacebookShare to Pinterest
Labels: jealousy