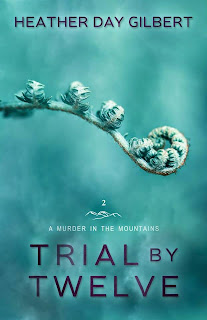 I’ve had the absolute joy of connecting with the indie published author I’m about to introduce you to. She’s been a fabulous resource when it comes to self-publishing. I respect how she’s constantly looking for ways to grow her audience and help fellow writers.
Thrilled to have you get to know more about Heather Day Gilbert and her most recent book, Trial by Twelve!
Now for the interview ~
Wendy: What is your favorite part about the writing process?


Heather: Ooh, tough! I love brainstorming but I also like when I can finally get in there and start getting words on the page. I think the best thing is when the story and characters start to take on a life of their own and start filling in the blanks for me. :)


W: You’ve independently published four books. Can you share a little bit about your experience writing and releasing each?


H: I'd be glad to! For my debut novel (Viking historical God's Daughter), I went all-out. I went out on a limb many times, asking reviewers/endorsers to read, and I'm so thankful I did. I also gave away a LOT of books, which I just realized when we did taxes this year!


For my second novel (contemporary mystery Miranda Warning), I did many of the same pre-buzz marketing techniques, but not all. I tried to do a reduced blog tour and give away fewer books. I also didn't fixate on getting a slew of endorsers because my readers said once they find an author they like, they don't even read endorsements.


For my third book (non-fiction Indie Publishing Handbook: Four Key Elements for the Self-Publisher), it took far less time to get out because it's a very short book! I did ask many indie authors to contribute to the bonus chapter at the end that discusses their best indie advice, and I was blessed with some lovely endorsements. I didn't push that book as much, marketing-wise, because I was already writing my next mystery. :)


My fourth novel was my second mystery, Trial by Twelve. That was faster to write as it's only about 55,000 words, compared to the 82,000 for my first. I'm planning for all the following mysteries in A Murder in the Mountains series to be around 50-55k, because I really love writing books that length. I love reading them, too! I'm doing giveaways with this one, but not doing a Goodreads giveaway this time around (I think!). I'm not doing a massive blog tour, but I've approached previous reviewers and offered early reader copies and they have been enthusiastic about reviewing this one too (thankfully!).


With my second mystery, it was basically my first "sophomore effort" in a series. So I was so fearful my readers wouldn't find it measured up to the first. Thank the Lord, many are saying they liked it better and they are enjoying getting to know the characters even more. I'm so thrilled because I was scared it might go the other way! I feel like with each book, I'm getting to know my readers better, which is such an amazing, almost symbiotic feeling.
W: Best writing advice you’ve ever received?


H: "The ones who don't give up are the ones who get published." An agent told me that once, and it's true--even if it doesn't mean you're traditionally published. If you don't give up, your books will finally get out there. If you give up, it's all over (but trust me, I've thought of giving up many times!).


W: Please share why you’d love for people to read your latest novel, Trial by Twelve.


H: If you enjoy small-town, amateur sleuths and psychological mysteries, Trial by Twelve is a novel you'd probably enjoy. You can read it without reading the first in series, but you might want to so you learn a bit more back-story on the characters who appear.


Tess Spencer is a married sleuth, so I love delving into her (very realistic) relationship with her lawyer husband, Thomas, and with her new baby, whose name we learn in this book! It's also fun to bring her in-law relationships to life on the page. As for her immediate family...let's just say they have some problems! But those issues will also morph as the series goes on. Basically it's interesting to hang out with these people you feel like you know. :) 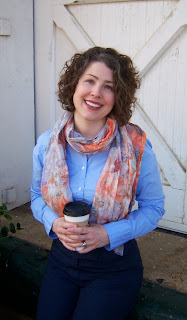 HEATHER DAY GILBERT enjoys writing stories about authentic, believable marriages. Born and raised in the West Virginia mountains, she believes that bittersweet, generational stories are in her blood. A graduate of Bob Jones University, Heather has been married for eighteen years and has three children.


Heather's Viking historical novel, God's Daughter, was an Amazon Norse Bestseller for an entire year. She is also the author of Miranda Warning, Book One in A Murder in the Mountains Series, and the Indie Publishing Handbook: Four Key Elements for the Self-Publisher.


Trial by Twelve Blurb:
Tess Spencer loves her low-key job at the Crystal Mountain Spa, which allows her plenty of down-time with her one-year old daughter and lawyer husband, Thomas. But when a pool installation turns up eight skeletons in the spa's back yard, Tess becomes entangled in a sleuthing job destined to go awry.
As the investigation gets underway, someone dumps a fresh body near the excavated burial site, confirming unspeakable fears. A serial killer has returned to Buckneck, West Virginia...a skilled hunter with a unique taste in prey.
When Tess agrees to help the cunning Detective Tucker gather clues from the inside, she discovers the posh spa hides more than dead bodies. Even as she sifts through layers of deceit, Tess realizes too late that the killer's sights have zeroed in on her.
Unpredictable psychological mystery replete with memorable characters, Trial by Twelve is Book Two in A Murder in the Mountains series. 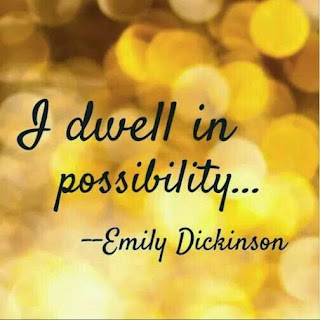 I have the awesome privilege of being able to teach writing to a group of young students over the course of the next few days.


I’ve heard from some of the parents whose children are attending. They’ve told me their kids have already begun brainstorming stories they want to write.


This is such an optimal age of creativity and I’m encouraging it with everything I’ve got.


I’ll let you know how the class goes. I’m more than excited about putting on my teaching hat (mostly so I can see what the young prodigies come up with).

*Also, if you think your child might be interested in a three day writing class like this, please contact me {email on sidebar}. I’ve been receiving escalating interest which tells me it might be time to bump up the number of times per year I offer these classes. Would love to teach another story maker group this summer.
By Wendy Paine Miller - May 18, 2015 2 comments:

Author Talk To Me 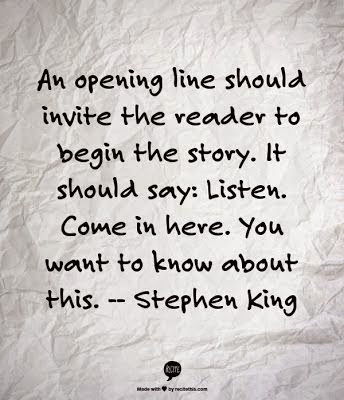 I’m preparing for an author talk at the library in a few weeks. As I plan, I’m thinking a lot about my readers.
Today I want to know if you’ve attended an author talk before. If so, what did you enjoy about the presentation? What would you have liked to have heard more about?

Talk to me. I’d love to shape my speech according to your suggestions.

*On deadline with edits, in-laws visiting in just a few short days, preparing for my Story Maker writing class & my library talk in less than two weeks…see you Monday!
By Wendy Paine Miller - May 11, 2015 4 comments:

Until the Writer in Me Was Born + A Mother's Day Giveaway 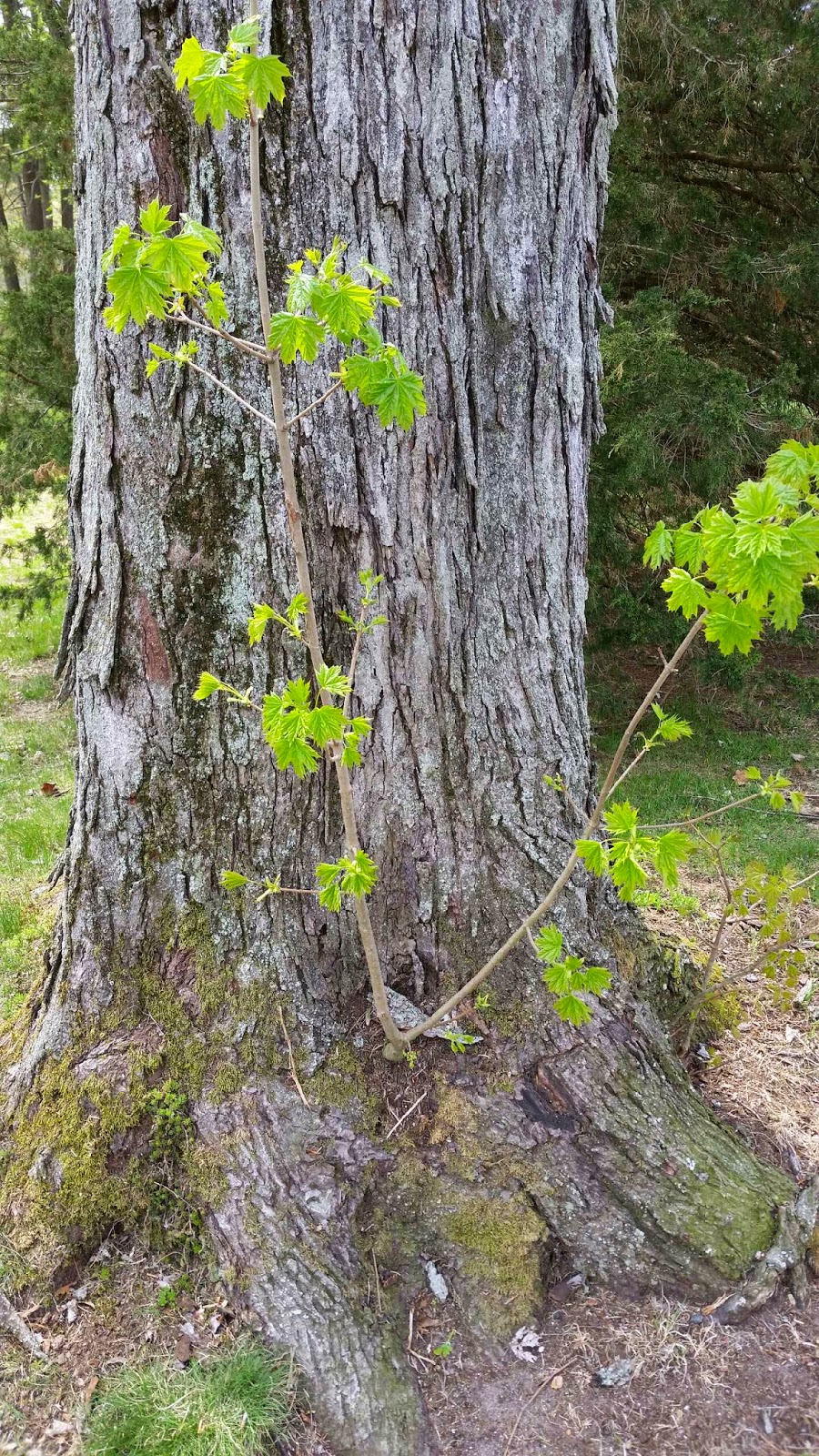 I came across this tree not far from my house while out walking yesterday. Immediately I was struck by the wonder of a tree growing inside a tree. At the same time, it made perfect sense.
The following quote from Sharon Draper’s Out of My Mind does a nice job capturing the sentiment this tree conjures in me.
From the time I was really little—maybe just a few months old—words were like sweet, liquid gifts, and I drank them like lemonade. I could almost taste them. They made my jumbled thoughts and feelings have substance. My parents have always blanketed me with conversation. They chattered and babbled. They verbalized and vocalized. My father sang to me. My mother whispered her strength into my ear.

Every word my parents spoke to me or about me I absorbed and kept and remembered. All of them.

I have no idea how I untangled the complicated process of words and thought, but it happened quickly and naturally. By the time I was two, all my memories had words, and all my words had meanings.

But only in my head.
~~~
That is until the writer in me was born. That’s how I’d finish the quote.
What does this photo make you think of?
Also, for a chance to enter this fantastic Mother's Day Giveaway click here! 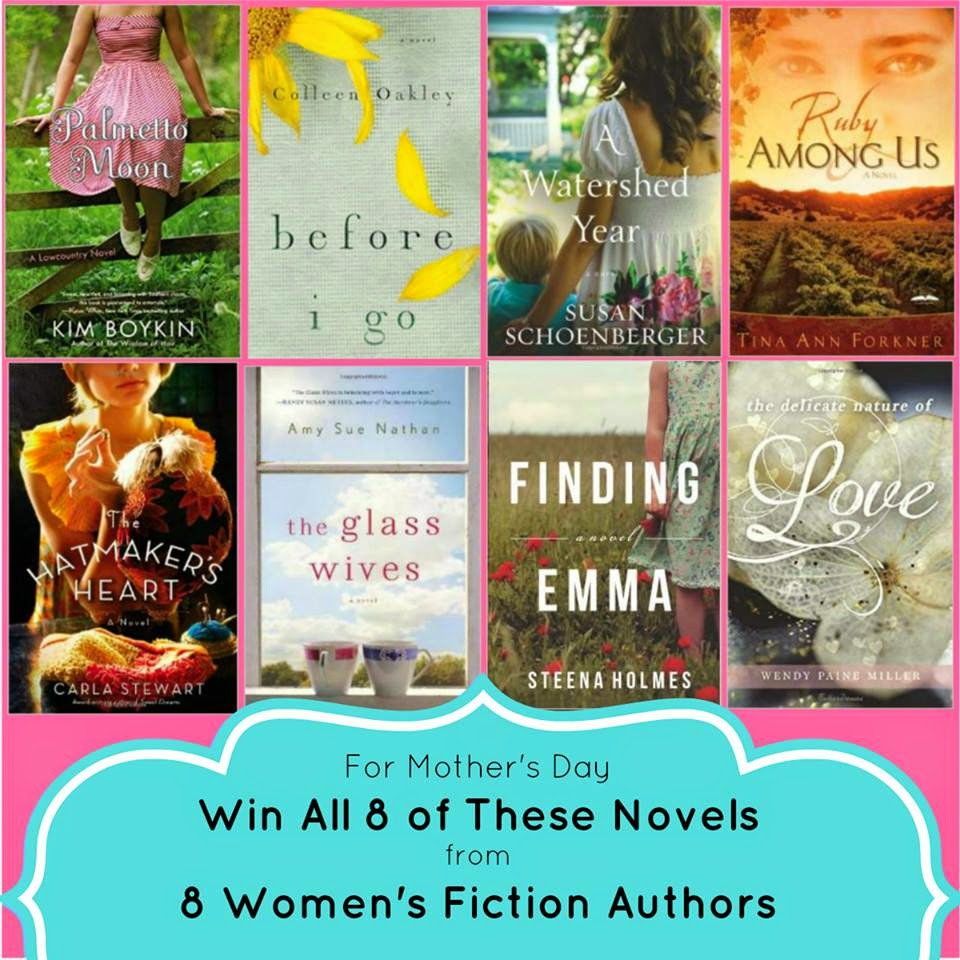 Email ThisBlogThis!Share to TwitterShare to FacebookShare to Pinterest
Labels: giveaway, Mother's Day, nature, Out of My Mind, tree, writer

The Link Between Refurbishing and Editing

Recently, I tackled this project. 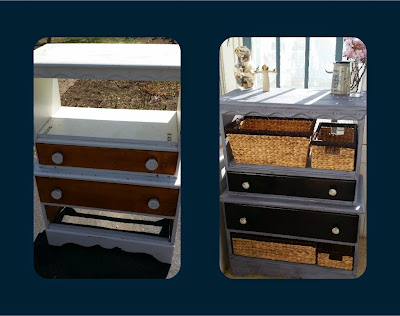 And as I washed, stained, painted, distressed, and searched for baskets, etc. I began to identify strong similarities between my two creative loves.


I don’t pick up a piece of furniture or invest in a concept unless I have a good feel for what the project could become. Assessing potential is an absolute must when it comes to refinishing furniture or writing novels.


Cleaning off the Dirt


Whether weeding through a rough draft or scrubbing down old piece of furniture for the first time I know going in my hands are going to get dirty. Anything muddying up the manuscript has got to go.


With furniture, and with novels, I make changes based upon what I feel will work best for the overall piece. This includes considering color schemes, cutting characters, reworking scenes, and applying a darker stain. I’m constantly stepping back and asking myself what would add value to the finished project.


If you apply multiple layers of stain too quickly it causes the furniture to get sticky and clumpy. This could easily translate with editing a novel, too. It’s essential to take some time away from a manuscript during edits to think through changes and to allow for new ideas to leave an impression. This is where meticulous work pays off.


Hunting for the Perfect Accessories


I found the knobs for this piece on sale at Pier 1 for $2.00 each. But I spent a good deal of time evaluating my options. I held at least five unique kinds of knobs next to the picture I’d taken on my phone of the drawers.


I give careful thought to word selection during the editing stage. I work hard not to settle. It’s worth it to hunt for the most powerful, impactful words that complement the sentences, and overall work.


Filling in the Missing Spaces


It’s clear to see there were just a few things missing with this piece of furniture. I measured. Then I went shopping. While looking for baskets, I thought a lot about what would work best. I’m thrilled with what I found and how the baskets blend nicely with the rich stain of the drawers.


During the editing phase, there are times I encounter notable gaps—places in the novel where more tension is needed or more explanation for character motivation. I don’t just stuff any old thing in those holes. I measure, then do my best to fill the spaces with useful scenes or information. I’m constantly taking the entire novel into consideration.


Have you ever stepped back to realize two areas you invest your time in are more closely connected than you once thought?