Reacting to Brain on Fire 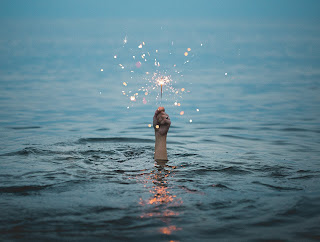 Brain on Fire. I read the book. I saw the movie last night on Netflix. Both times I was riveted and brought to an emotional place I try not to tap into too often. Don’t get me wrong, I usually love books and movies about struggle, and I especially appreciate topics that revolve around anything brain-related. But if I’m honest, I didn’t even want to write this post.

Because it drags up so much and it keeps it hot on the surface when I prefer it buried.

Keeps what hot on the surface?

The memories. The reality of my sister still living with a malignant tumor in her brain.

I identified a lot with Susannah Cahalan’s loved ones in Brain on Fire. Their struggle, as they grappled with the confusion and heartache that accompanies a rare diagnosis, felt achingly familiar.

When my sister was eighteen, after her fourth or fifth suicide attempt, in addition to other alarming behavior, a discerning doctor encouraged my parents to have her undergo more tests. I was thirteen when my parents sat me down and told me about my sister’s malignant tumor. Up until the radical behavior change, I’d admired everything about my sister, everything from her fiery attitude to her love of writing. She embodied an electric energy and I wanted to be near that energy every chance I got.

That changed. So much about my sister changed in the years that followed her cancer diagnosis. Other factors contributed to the disturbing behavior that escalated from occasional occurrences to everyday chaos. But I’ve always wondered what my sister would have been like—what she’d be like today—if she didn’t have that cancerous mass festering inside her brain. (Doctors attempted to remove the tumor soon after her diagnosis. During surgery they decided for her quality of life, they would only remove half.)

I told you before that I didn’t want to write this post. I seldom talk about this topic because it consumed so much of my life and waking thoughts growing up. I decided to write about it because I know I’m not alone. Not only do I have other family members who know what it’s like, I realize there are thousands of people dealing with the unique tragedy of losing someone alive. They’re there, but trapped somehow inside themselves. Whether due to addiction, mental illness, an accident, Alzheimer’s, or other brain anomalies, your loved one isn’t who you used to know and you’ve had to adjust to the new normal of who they are now. I cried hard at the hopeful part in Brain on Fire when Susannah makes strides toward recovery. I loved that for her, but hurt for those I know who won’t walk that same path. 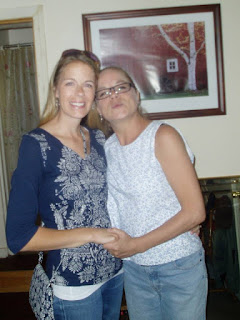 People love to tell me it’s a miracle that my sister, who was only given six months to ten years at most at the time of her diagnosis, has lived into her late 40s. Yes, it is. It’s a complicated miracle. Because in many ways she’s still trapped. And she hardly resembles that fiery teen I put on a pedestal all those years ago.

But I love her fiercely. And no one said loving is always easy.
By Wendy Paine Miller - June 25, 2018