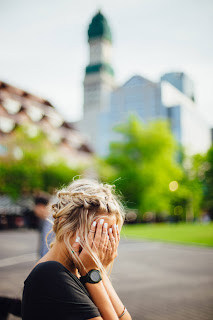 Most novelists have experienced the elusive character, the one who stubbornly conceals her personality when you’re needing her to open up. There are dozens of tricks to break through to a character like this. Writing a journal sketch from their perspective. Interviewing them. Many of these tricks work. But what happens when they don’t?

When a character simply refuses to be written, it’s time to take a closer look at why this is happening. Characters are smart. They want to help the novelist succeed. They’ll fight being written for a few key reasons.

They Have No Goal
A novel is at its greatest risk of wandering if your main character is goalless. Before I even begin the first page I make sure I’m familiar with what my characters want. What is it she’s most hoping to gain? What is he most afraid to lose? What can’t she live without? What would kill him figuratively and literally?

Be it internal or external, a character without a goal is miserable and they won’t let you get far. The people in your novel have goals. Search them out. Think about your character’s aspirations when you’re writing each scene because these goals should impact every scene in some way or another.

Give a character a strong goal and you’ve accomplished a major score.

They Feel Like a Caricature
No one wants to be a counterfeit. Your characters want to feel real more than anything. Because they are real. In your mind they are and that counts. That’s enough. Take the time necessary to allow them develop fully, to understand the core of who your main character is—her values, fears, strengths and weaknesses, those she loves the most, those she can’t stand, etc.

Characters aren’t the only smart ones. Readers are smart. They’ll sniff out a slap together character quicker than you can say fake.

Their Life is too Strong an Echo of Yours
Everything is hitting too close to home. It’s all getting a little too up close and personal for you. So you back off. And guess what? Your character follows suit. Because she’s reading your anxiety and behavior. She’s feeling your fear. And even though she’s rooting for you to power through this most vulnerable journey, she’s beginning to doubt you can.

Here’s where writing what you know gets dangerous. You aren’t the character. Sure, I’m imbued in every single character I’ve ever created. But none of them are me.

Characters crave a life of their own and even though you, the author, may have endured something tragic and you’re attempting to put your main character through a similar experience, remember to give them rights to react in a way that only they can. Tap into what you felt, absolutely. Use that. But then at some point, witness how your character responds. 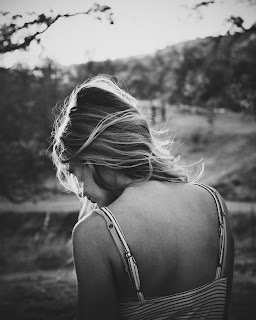 Unless you’re writing memoir, a transfer must occur. This hardship is being passed to another. You can let go and watch how doing so enables you to write more freely.

They Refuse to Change
I keep hearing the lyrics from Peter Pan in my head, the lost boys singing about how they’ll never grow up. Okay, that’s their gig. Got it. But this might be the exact reason your character wants to bail on your novel. Characters long to change, to grow, to end up at the last page as someone more fully realized. And the best way to get your characters to this place is to test them, to put the hurt on them so to speak. If they willfully won’t bend mentally, physically, spiritually or in any other way pay attention. You haven’t found something that pierces them enough.

Some of the best books I’ve read detail wondrous evolution of character. In particular I’m thinking about The Storied Life of A.J. Fikry and Me Before You.

Do your characters a favor. Give them opportunities to grow and change. They’ll thank you for it by showing up on the page and coming alive like never before.
By Wendy Paine Miller - October 03, 2016