The Brain as Grand Central Station 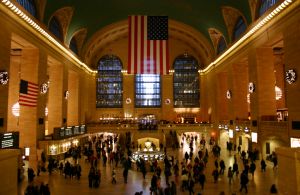 I can remember how mesmerized I felt the first time I took the train to New York and walked the squeaky floors of Grand Central Station. Head tilted back, my eyes struggled to register all the sights fast enough. The rushing crowds—that’s what left the greatest impression on my young soul.

Yesterday I read a National Geographic article (because I sit down to casually read those all the time) that stated Grand Central Terminal “attracts some 21 million tourists annually.” The article also revealed that 750,000 thousand people pass through Grand Central daily with that number rising to one million during the holiday season.

The idea that our brains act as receptors of information much like Grand Central does for traveling people isn’t an original thought, I realize. However, as we’re bombarded with cognitive input I began to wonder if there’s not a greater takeaway rooted in this metaphor.

What if we all have one core belief that runs the train schedule?

One predominate belief that influences every individual notion that passes in and out of the station?

It’s easy to spend our days caught up in the crowds, the rush of thoughts, instead of taking a moment to focus on the squeaky floor where we’re standing.

I’m not good enough.
Pain (befitting of my maiden name).
I need you to like me.
Why?
There’s a reason for this.
I might never know the reason for this.
Thirst for the creative.
Grow.
“For when I am weak, then I am strong.” 2 Cor. 13:9
Much to learn.
Lyrics filtered through thought channels, “Humble yourself in the sight of the Lord and He will lift you up.”
Fear not + Risk.
Hope.
The best is yet to come. 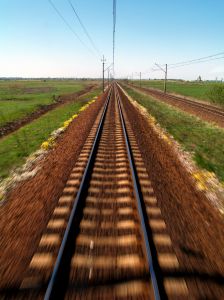 Pessimists may naturally find their core beliefs gravitate toward the negative. While the optimist likely walks around with an “I will grow from this” attitude no matter the circumstances they’re facing.
This isn’t a post about positive thinking or a ten step how-to. I happen to simply believe in the benefit of knowing where you are in order to help you get to where you want to go.

Where are you? In other words, what is your present core belief at the intersection of all your thoughts?