Seeing the Tangle or the Weave? 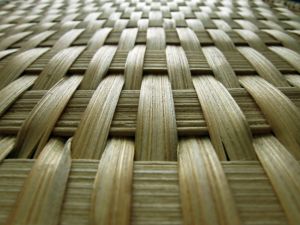 One of the book clubs I’m involved in recently discussed Jonathan Odell’s The Healing. There were many scenes that struck me in the novel, but one stood out above the rest.

There’s an instance when a girl arrives at a stable to find a woman (Polly Shine) who’s been mentoring her in midwifery and the art of healing. The girl, Granada (with the birth name of Yewande) is wrought with guilt for having set the wheels in motion for this woman to be chained, her life now at risk.

Polly has taken it upon herself to instill cultural values and rich character-building messages in Granada. While struggling to breathe, Polly reminds Granada her mother in Africa was a weaver.

As I read I wondered where she might take this reminder, as it had become clear Polly always takes pieces of information somewhere.

Here’s where she took it…

“When Polly began again, her words were too low to be heard. Granada leaned in closer.

'She told me the secret…what made them so fine, mother after daughter after granddaughter, all the way down the line.’

‘She say, the difference in weavers is, some see the tangle and others see the weave. The ones that can’t take their eyes off the tangle, they never rise above it.’

‘Granada, this here…what happened to me, to you, to Rubina…ain’t nothing but a tangle. It’s the weave you got to remember, Granada. It’s bigger than you and me. It went on before you and me got here. It’ll go on after you and me leave this place and go to wherever it is Rubina is waiting. Just a tangle, Granada.’

Her whisper became so small, the girl had to put an ear to Polly’s mouth. Granada felt the parched lips brush against skin.

‘Yewande, lift your eyes and see!’” 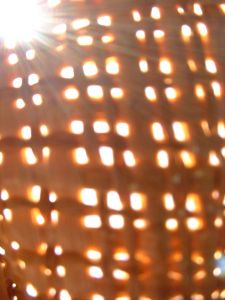 After reading this I decided I always want to be one who sees the weave. There are so many tangles for all of us at any given second in time. But we have the option of lifting our eyes to see.

What makes it difficult for you to take your eyes off life’s tangles? What helps you remember the weave?

Email ThisBlogThis!Share to TwitterShare to FacebookShare to Pinterest
Labels: books, perspective, The Healing