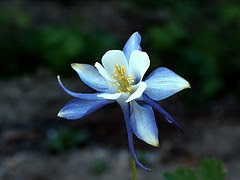 I finished Dave Cullen’s Columbine several weeks ago. It’s still with me. I’m sure you’ve had this happen, you’ve read a book and it climbs inside you, matting and nesting inside your thoughts. Seldom does a book linger quite like this one has.
On this I 8 Wednesday, I highlight 8 ways the well-written, New York Times Bestseller, Columbine climbed inside my thoughts:
Reflections on Journal Writing
The two boys who carried out the heinous acts detailed many of their plans and their intentions in their journals. They didn’t censor. In fact, from what I read in Columbine, at least one of the boys repeatedly cried out for help in his journal. It churned my thinking about my own journal writing. I’ve found it cathartic through the years, but for some odd reason I’ve censored myself more in the past few years. I don’t want certain thoughts read by my children someday. Some things I talk out with God alone.
I Googled Patrick Ireland
I was compelled to learn more about Patrick Ireland. After closing the book, I needed to know that he turned out okay. He was the boy in the window caught on tape by media cameras. He flung himself out the library window and onto a SWAT team truck, then attempted to get in the driver seat and flee. He did all this with a pellet in his brain. It struck me, the power of fight or flight. And his attitude following Columbine left a great impression on me.
Watching My High School Video Tape
I’m fairly certain reading Columbine inspired me to whip out my old high school video tape, an amateur documentary of my senior year.
Wondering Who I’d Be
In tandem with watching the high school tape, I contemplated who I’d be, how I’d react if I was thrown into a crisis like that. The mind can’t truly go there, but I sifted through whether I’d be the vocal Christian, or the one mistaken for the vocal Christian. Would I have stepped on someone on my way out of the building or stayed behind and helped stop the blood flow quickly seeping out of a teacher?
Thinking about the Adam & Eve Predicament
I have a name for families having to suffer the aftermath of what their child or sibling does—the Adam and Eve predicament. In the story of Cain and Abel, I imagine people often think about Cain and how he lived knowing what he did. I think about Adam and Eve. I can’t fathom what the weight of knowing what their one son did to their only other son must have been like. In this, Columbine shook up my thoughts about the Klebold family and the Harris family. The parents sure, but even more I found myself curious about the siblings. (My family history likely instigated such thinking. One of my older sisters has multiple mental illnesses and has threatened similar offenses I read in the book. On more than one occasion she called our high school inciting a bomb scare. Knowing what I know now about her mental illness, I understand most of her destruction is turned inward.) But still…
Thinking about the Weight of Suicide
Both gunmen killed themselves. It complicated the town’s urge to blame someone, to hold someone accountable. One of the victims also had to deal with her mother’s suicide a year after the tragedy. A delicate and heartbreaking issue. I’ve skimmed the surface of the devastation suicide invites into a family. My sister (the one I mentioned earlier) has attempted it numerous times. I recall waking up in junior high and high school receiving life-changing late night phone calls. I never knew if this time “she succeeded.” Succeed—an unusual word to describe it.
The Role Media Plays
According to Cullen, the media scrambled all kinds of facts in those first few hours that would impact witnesses and perceptions of the crime for years to come. The boys were dubbed losers. Not so. They were tagged as part of the Trench Coat Mafia. Not so. It would be easy to place blame on the media or one outlet, but Columbine was an explosion of chaos that sent shrapnel of chaos everywhere.
What Does God Feel about Psychopaths
I’m still praying about this one. I wish I had a confident answer. I don’t. I simply don’t know.
~~~
The book tackled hard questions. I’m a why woman. I love to learn and often why is the first question I ask. Cullen helped me understand more of the why. But questions remain and I know I’ll still be thinking of Columbine years from now.
The following quote is found several places in Columbine, “The world breaks everyone and afterward many are strong at the broken places.” – Ernest Hemingway, A Farewell to Arms