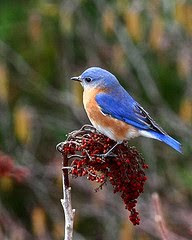 Last spring a stunning bushy-tailed fox bounded across our backyard, making a brief appearance, then ducked into the woods behind our home. The sighting stirred me. And since that fox trotted I’ve been thinking about something. Backyard Faith. Think for a moment about all the potential animals you come across in the backyard. There’s the obvious squirrels to the not so obvious moles. Well, if you’ve gotten to know me at all through this blog, you know I didn’t just spend my time coming up with various backyard critters. I made a connection and I’m hoping to make the same connection for you.

What kind of faith do you want to exude? Do you have backyard faith and if so which animal has the most desirable faith traits? 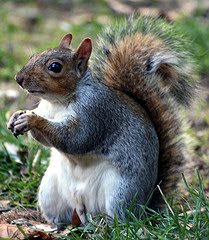 The squirrel? They scurry, they race up trees, they dart, and they often go unnoticed or annoy others. They blend in. Every now and again you’ll see an old couple amused by one, feeding it at a park. But we’re not talking park faith today. If you had a squirrel faith you’d believe, but would you be making an impact? Would you annoy people with your tracts and your proclamations? A squirrel mostly just wants to get a nut (pretty self-focused if you ask me).

The groundhog? Here’s an unusual one, but he’s so unusual he really only shows up when he feels like it, 95% of the time leaving people disappointed. They want to see the groundhog, they hope to see him, and it’s all part of a mysterious tradition. So to apply—do you have groundhog faith where you “act Christian” at church. You lead people to believe you live holy and responsibly, but at home behind closed doors there’s no hiding you’re a mess just like the rest of us. You’re more comfortable to be yourself in hiding than among people. You risk nothing.
The rabbit? What sweet creatures, right? But it isn’t often you get a good look and when you do get a good look and the rabbit’s not darting away, dear rabbit friend is chompin 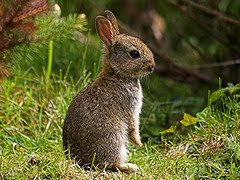 g away at your lovingly planted vegetable garden. Rabbit faith looks good on the outside. You say the right things. You might even read your Bible, but you take from others freely and there’s a clear disconnect between what you say and how you live. I know, I must be mean to make the rabbit the example of the hypocrite (Guess what? We all struggle w/ squirrel, groundhog and rabbit faith at times).
The mole? Mole faith actually has some potential. Hear me out on this one. Moles leave traces of evidence they’ve been in the backyard tunneling underground. Often the grass pops up where they’ve traveled and this can trigger a Caddyshack (or maybe that was a gopher) anger. But when do you ever really see a mole? They’re not around, unavailable, distant and have found a way to not let people in. You couldn’t fit into their world anyway.
The bird? The starli 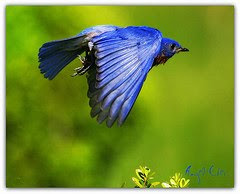 ngs, tree swallows, sparrows, robins, orioles, meadowlarks, mourning doves, mockingbirds and bluebirds to name a few. What do birds do? They sing! And they fly! How do people respond to birds? People watch birds. They even buy bird feeders to summon the birds to come around more often. People admire birds as they soar skyward, free and beautiful as they spread their wings.
Hands down, I know what kind of backyard faith I want. I want to be the bird. It’s my hope that as I share my faith it invites others to want to know more, to watch and delight in my “singing” (it’s a metaphor people, my vocal chords don’t know what they’re doing). Also, have you ever noticed how very many different kinds of birds there are? It reminds me of how God gifts all us uniquely. I’m telling you…Bird Faith—it’s where it’s at!
How about you? Can you think of another backyard animal faith you’d like to have or are you a bird too?

*photos by flickr
**I’m over at Exemplify today with a piece about fellowship.
By Wendy Paine Miller - August 25, 2009