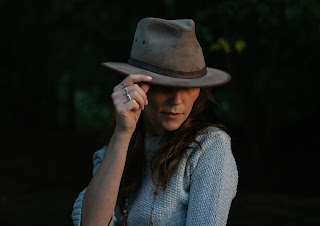 It’s imperative to be simpatico with your main character. As authors, we are granted the privilege of crawling around inside our character’s minds, exploring their motives, their greatest fears—we are rulers of their world. It’s key to note that you don’t always have to agree with your main character or like what they’re doing, but you must be able to tap into the deepest recesses of their thoughts and experiences.

For the sake of this article, I’m going to sidestep the entire chicken/egg argument, you know, characters actually explorations of the inner conscience of authors, etc. That’ll only serve to confuse us. Instead, imagine your main character as someone in your life. Suddenly there are signs of friction. There’s been a disruption. You can tell—they are working to deceive you.

Well, it’s important our characters trust us. Because if they don’t trust us as we write them in the everyday depictions, what will happen when we put them through grand torture and test their stamina to the breaking point?

Characters cannot be allowed to go rogue on us. If they’re showing signs of deception, it’s important to sniff them out so we, as authors, can snuff it out quick.

5 Signs Your MC is Attempting to Deceive You

She’s Acting out of Character

Your main character loves to take twenty minutes showers, then walk out the door and give a fiver to the homeless woman on the corner. This has been the routine every day for five years.
Not today. Today he rolls out of bed and hits the pavement without showering. He doesn’t skip a beat, walking right past the homeless woman.

Initially, this is kind of exciting. He’s leading you somewhere, you think. Could be.
Or this could also be a perfect example of how something is up with him. He’s veered off script and it will be obvious to readers. As most authors know, there has to be a reason for this—a motive.
If your main character has suddenly begun to do all kinds of things atypical for him, such as making uncharacteristic life-changing decisions, it could be that something exhilarating is about to happen.

Or it could be that he’s trying to deceive you.

She Won’t Reveal Her Secrets

This tends to be my first indicator something has gone askew with one of my characters. Everyone has secrets. One of the number one goals of an author is to excavate a character’s life and past until you strike gold. Secret gold.

Consider it a flashing red sign when she begins hiding her insecurities and regrets.

There will be days your characters stubbornly refuse to open up. That’s not what I’m referring to here. At some point, you’ll break through that. Here I’m referring to when your main character gets purposefully illusory. You get the sneering stare, the eyes that slink to slits. She dares you to crack her impenetrable core. You take on the challenge, prepared for work, but she’s not only running away from you, she’s figured out a way to turn into a ghost, disappearing entirely.

Time to take matters into your own hands.

You Catch Him in a Lie

I’m not talking about when he lies to others in the book. That’s nothing. Those type of lies occur all the time, sometimes they even beef up the plot nicely. No, he’s lying to you.

This could manifest simply. One day he winces the second an Adam Levine song comes on the radio, then he switches it off. His face contorts into a disgusted grimace. He loves Adam Levine. You had to listen to him prattle on for hours about how he met him when he was eleven, how his entire life changed that day.

What’s going on here? He either lied to you when he gushed about how much he admires Adam or he’s lying now. Could he have changed, you ask. Could something else be bothering him? Sure, but you can see that’s not what’s happening. You know him that well. The extent of his repulsion is evident. He shivered, as though the music was infecting him. There are no other triggers to blame.
Time to dissect what’s really going on.

Rationalization 101. He knows you know. He’s seen how you squinted at the page when you reread the part about the odd decision he just made. Not only is it out of character, but now you find that he’s turned back into a twelve-year-old. He’s blaming his past. He’s saying he doesn’t feel well. He’s not owning anything—not a single thing. He ping-pongs between rationalizing his strange behavior and deflecting (hmm…sounds a bit like the recent debates).

Bet you anything he’s hiding something. Time to check closets and peek under beds. This character is covering up. For the sake of your novel, whip off those covers.

A bully can’t stand to be alone in their cruelty. So what do they do? They recruit others. And if she, for any reason, has decided she wants out of this book, you may very well witness her recruiting other characters to bail on you. Bailing can come in many forms. They might all decide to fall flat on the page simultaneously. Or, if she’s effective in her convincing, your characters might muddle together and play a characterization game of Mr. Potato Head, switching traits as readily as passing food around at Thanksgiving dinner. Stomp out the rebellion. Get to the source. Figure out why she’s being such a bully and be clear about who’s who. And remember what my good friend Bono says about the bastards grinding you down—don’t let them.

Whew. And you were probably thinking there was already enough to concern yourself with when it comes to writing a novel. Who knew you had to worry about your characters trying to deceive you? Well, *wink wink* is it really your main character doing these things to disrupt the plot—or is it you?