Make Your Character Do These Four Things 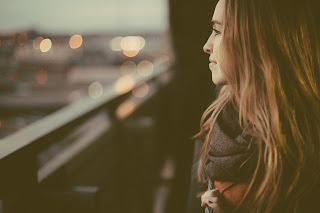 There are ways to ensure, as a writer, you are doing your part to create an unforgettable main character. More than tricks or steps, I view the following as food for thought when you’re in the process of implementing character-building traits. Bonus is that if done well, these considerations have the ability to serve both the character you’ve created and the reader.

Make Him Sacrifice Something
Few things reveal a person’s inner goals and passions more than when they have to give them up for someone or something else. When a character is required to make a noble or respect worthy sacrifice, they often have to dig deep. They are perceived as more selfless. And instantly they become more likable to the reader. And when a character is more likable to the reader, the reader roots for that person. And when the reader roots for that person, they want to keep reading. Therein is the ultimate goal of a writer, to incite the reader to want more.

Make Her Wrestle with Something
When your main character wars with an internal battle she is instantly more relatable. Because who hasn’t wrestled with something big in life—an emotional decision, a time of letting go, a great fear? The reader feels privileged to be invited on this intimate or vulnerable journey. Being privy to an internal battle helps the reader feel like they have been trusted with the inside scoop. When the struggle is conveyed in a non-whiny, though life-changing manner, the reader will likely crave to know whether the MC works through the struggle or not.

Make Him Lose Something or Someone They Love
Cruel, right? Truth is, Mr. MC will reveal a lot about himself as he reacts to the loss. Encountering someone during a time of loss invokes empathy from even the most stoic of folk. We all know what it feels like to endure a heartrending loss. As humans we share an innate curiosity. We like to surmise what causes some to be resilient and others not so much. We also like to know whether a loss will push someone to eventually bounce back or sink at a time like this. The right answer or way to play this isn’t always to have him bounce back immediately by the way. Which leads me to . . . 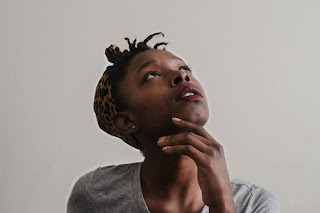 This one has brought me to tears during writing sessions. As writers we have dichotomous souls when it comes to breaking our characters down. It must be done. It’ll bring the deepest, rawest, most human aspects of them to the surface. And when this happens the reader becomes engaged. The reader cringes whenever tragedy after tragedy befalls their beloved character. However, the victory resulting in stalwart perseverance is that much sweeter because the reader knows all that the main character has had to suffer through. They’ve cheered her on, identified with her agony, and when the conflicts have touched on universal feelings of defeat or discouragement, the reader connects with the book—the character in a way that few other things can accomplish. Lead your character to persevere through pain and you create the potential for a beautiful and memorable bond to form between your MC and the reader.

Can you think of a character who will stay with you forever? Did the author who created them force him or her to endure any of the above?
By Wendy Paine Miller - June 20, 2016