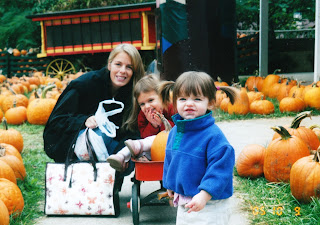 I shot myself in the foot for years as a mother. I didn’t know I was doing it. It was as though I were running around crazy trying to be the best mom I could be while unknowingly firing arrows into the Achilles heel of my undoing.

I had this list of rules in my head.

I work really hard not to pass judgment on others, but I spent a lot of time not only peering at the wooden plank in my eye but hammering nails in as I constructed a gargantuan tree house of lies, one mistaken truth impaling me at a time.

Here are some doosey misconceptions that made my list…
A good mom…has Band-Aids in her purse at all times.
A good mom…joins the PTO and attends every meeting.
A good mom…never has laundry stacked in piles that rival architectural wonders.
A good mom…doesn’t yell…ever.
A good mom…bakes realistic-looking animal and caricature cakes she found on Pinterest for her children’s birthday parties.

And then there’s the other pesky side of this list…
A bad mom…doesn’t know the lyrics to the shanty Sponge Bob Square Pants because why would she let her kids watch that show?
A bad mom…doesn’t stab herself in the finger, creating a blood-spurting hole while trying to separate Lego guy’s hair from his mini-Lego head with tweezers.
A bad mom…would never shove a bunch of pennies and loose change in an envelope when sending in money to her child’s class for end of the year teacher gifts.
A bad mom…wouldn’t be caught dead sprinting to slather coconut oil on a patch of psoriasis on her child’s leg, delaying the bus.
A bad mom…cannot for the life of her recount the names of the other students in her child’s class.

And if, by some fluke, I ever caught you doing or not doing one of the above, it might surprise you that I refrained from judgment. At least I didn’t judge in the way you’re thinking. I liked you—instantly. Inside I smiled because I just became a little more normal—more human. And you, in all your you-glory, helped me believe in grace again. Helped me to believe every time one of these tweezed out ideas flashed like a neon sign in my head that lists like these are pure malarkey.

I eventually found my way to the end of the list maze.

Know where I landed?

Here:
A good mom…loves her kids.
A bad mom…withholds love from her kids.

Want to know what I did with those other cockamamie lists?

I mixed the ingredients of a boxed Betty Crocker cake, baked it, shoved the little particles of good mom/bad mom thoughts between the spongy goodness, slapped some icing on the top, devoured the whole whopping ooey gooey cake pan, then I let it pass through me.

And now those lists are gone.

And I’m not about to go looking for them.

Have you ever done yourself a disservice by believing in a fabricated and skewed list as you tried to live well in a specific role in your life?
By Wendy Paine Miller - June 11, 2013