Abstaining from the “L” Word 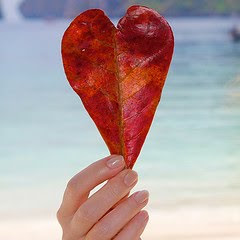 This post is going to be tricky to write. I have to avoid a word and not just any word, but one of my favorites. I’ve decided to put myself through a week-long experiment. For one week I will refrain from saying (or writing) the “L” word in any capacity. Why? I see you leaning in closer to your computer, itching for a reason.

Of course I’ll tell you.

I overuse it. Guilty as charged. In part, this is because I’m overflowing with the stuff. And this is a good thing, but I’ve noticed I’ve gotten into the habit of tacking it on many of my tweets and in many of my blog comments. Now, I may be experiencing legitimate “L” feelings, but I’m challenging myself to express my reactions in more creative ways this next week. Even better, I’m going to work hard to SHOW this to those I come in contact with (which will be exceptionally exigent to do with you folks).

My kids have already had a field day working to break me (started yesterday). It’s like something Treadstone might try (Borne series, anyone?). But I’m going to stick to this. Feel free to hold me to it.

Next Monday, I’ll let you know how the experiment went.

Other than potentially during Lent, have you ever tried doing something like this? Have you noticed how the “L” word gets stripped of its meaning sometimes?

*Confession: I’ve already failed several times with my kids. I’ve decided it’s not such a bad thing to fail this experiment where they are concerned. Truth be told, I even failed with the dog.
**photo by flickr
By Wendy Paine Miller - May 16, 2011