Carla Stewart on Inviting Characters to the Party 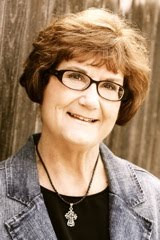 Hi Wendy! Thanks so much for asking me to talk about my favorite topic – developing characters. Trust me, I’m no expert, and the further into this writing journey I get, the less I know. What I do may not work for you but hopefully it will trigger your own creativity. I nearly always have a main character (protagonist) who pulls up a chair and says, “I have a story for you.” And generally, there is a situation that goes along with this character. I’ve come to think of this character as an extension of myself, one whose experiences interest me. This is important since I’ll be living and breathing her life for a long, long time. That said, there are some key elements I look for in choosing my characters.

Some essentials for a protagonist:
Goals and Motivations – something she would die for or that will alter her life in a negative way if she fails to reach her goal. What motivates her to reach this goal? You MUST do this character work before you begin your novel.
Likable and/or relatable – Who wants to root for a whiny character?
Flawed – Imperfections help make a character relatable
Secondary characters:
Antagonist / Villain – must have a goal that is as strong as that of the protagonist. The antagonist doesn’t have to be a character. It can be a force of nature, but people villains are fun. They must be strong, cunning, and deceitful. They must also have some redeeming quality and not be all bad. Someday I want to write a villain who seems like an angel of light, but is really the bad guy.
Sidekick – Here’s where your quirky characters shine! They bring out the best and worst qualities of the protagonist. This person is often opposite my main character in looks and personality, and they can say things the protagonist can’t.
Mentors – sometimes called advisors or helpers. I like to pick characters who don’t fit the mold for being mentors. Often a stranger or someone who has a questionable reputation. Angels unaware sort of characters who provide wisdom without being overbearing. Mentors often end up being my favorite characters in my books.
Foolish, selfish, or flawed characters – unlikable maybe, but not horrible people. They can also be characters your reader can sympathize with – victims or challenged in some way. I sometimes give them a character arc so that they learn something that reflects the main theme or plot of the story. Some examples would be former boyfriends, nosy or pushy relatives and neighbors, know-it-alls, etc. They add color and texture to the story.
Neutral characters – bystanders, officials, receptionists, children – they, too, can add color to the story without having a character arc.
No matter what role they play, your characters must be unique: speech, pet phrases, clothing style, social status. And quirky! Not in an outrageous way necessarily, but something that sets them apart. The fun thing about quirks is that you can also use them as metaphors or triggers that move the story forward.
Most of my characters are works in progress. None of them come to me fully fleshed out. And they sometimes do surprising things. Not all writers like surprises, but I’ve learned that secondary characters sometimes have a great deal to say.
I’m definitely a character first, plot last writer. The main thing I try to keep in mind is that secondary characters are crucial in advancing the plot and establishing theme, so they have to be chosen carefully. Just because they want to be in the story doesn’t mean they get to stay.
I’m getting ready to brainstorm a new novel, so this was a good review for me. A week ago my mind was blank. Then a male character showed up at my table one day and asked me to help him find someone. The ideas started flying, but I’m saying, “Whoa! I write stories with female protagonists. Who are you?” He’s desperate for my help, so I dunno. Maybe this will be “new ground” for me.
Which leads to my final point. Don’t be afraid of being unique. Just let the ideas flow and invite all the characters to the party. You can always decide who gets to stay and who doesn’t. Efficient? No, but you’ll have a blast writing your story.
Carla, thank you for swinging by to lend your wisdom on characters! To read more about Carla visit her website. 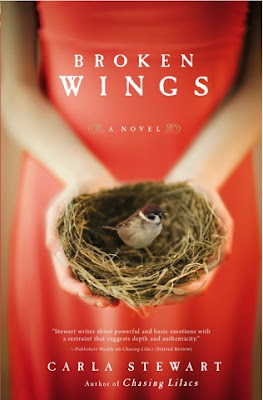 Broken Wings: Onstage, the singing duo of Gabe and Mitzi Steiner captured America’s heart for more than two decades. Offstage, their own hearts have throbbed as one for sixty years. Only now, Gabe has retreated into the tangles of Alzheimer’s leaving Mitzi to ponder her future alone.

Brooke and Mitzi’s story is one of an unlikely friendship birthed by providence and bathed in grace as the two women face difficult transitions arm in arm.
By Wendy Paine Miller - April 11, 2011