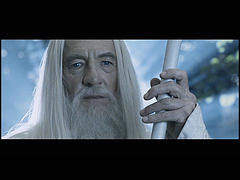 I awoke the other day and realized I was living a scene right out of The Two Towers (the second movie in The Lord of the Rings trilogy). (If you haven’t seen the movie(s) I’m going to explain the scene the best I can.)

A recent event spiraled my thought life into a dizzying state.
I’ll tell you about the scene and then I’ll let you know how I got thrown in it.
Picture:
A king seated on his golden throne clutching his rod loosely in his hands, drooling. His eyes bag with disturbed sleep. His skin is shocked pale and sagged with wrinkles. He’s a feeble old man on a throne. He’s been rendered useless, shriveled in his slumped posture. They call him Theoden, King of Rohan, but this is no king.

Seated to his right, writhes his “councellor”, shrouded in black, spitting perpetual lies into the king’s ear with his forked tongue. Wormtongue poisons the king with lies. Saruman, a wizard plotting great destruction over the land bribed Wormtongue to do his dirty work—to render the King of Rohan numb…weak…powerless. So far it’s working. The king acts indifferent to an uprising. His eyes roll in his head as though on puppet strings. He’s under the influence of Saruman’s spell, stirred up by the ever-whispering Wormtongue. 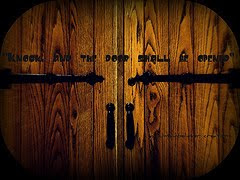 Enter:
Gandalf, the resurrected Wizard.
The doors of the castle are flung open.
Gandalf and party approach the throne. The king’s indifference turns to resistance. Wormtongue spouts off quickly, feeding the king with how to react. The king listens to Wormtongue without question. Theoden doesn’t recognize Gandalf. The poison runs deep. 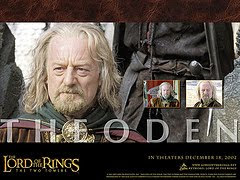 Gandalf lifts his staff to the old king. He points. The king cringes. Wormtongues’ eyes gape with fear. Gandalf doesn’t point once or twice; he extends his life-giving staff out to King Theoden over and over, refusing to lower it until he sees a change. And change comes.
Jerked to and fro on the chair, Theoden is stripped of the poison. His eyes gloss over to a younger, focused recollection. His skin revitalizes, flushed and kissed with life. His hair tints from a blanched white to a rich auburn. The man is restored.
But will he be the king he needs to be? (You’ll need to watch the movie for that answer.)
Back to reality:
Me in bed. My mind spins with lies. Some I’ve held onto for years. Some are new. They are whispered to me (no, I don’t really hear them…people, stay with me). I’ve believed these lies for far too long. Given them power. I’ve allowed them to render me powerless.

Enter:
My Bible. As I fold the pages back they make a fluttering sound as welcoming as the opening of castle doors. Hope is here. There is truth in there. At times I don’t recognize it as such. But everything in His word bleeds true.
~~~I resist. I’m tainted. I’m weak. I cannot be used. I am afraid.
The staff—His living words sift in my mind. The old thoughts die off. I’m restored, rejuvenated, forgiven…a royal priesthood.
His power is made perfect in my weakness.
I’ve never felt a scene from a movie capture my state of being like the one I’ve described from The Two Towers.
Question for you today: Who are you listening to?

*feel free to visit Sage Girls Ministry to read my article, Exemplify Online to read my how-to, and Christian Fiction Online Magazine to read my short story this month
**photos by flickr