This post is inspired by a conversation my mom and I had on the phone yesterday. A snippet of the conversation is as follows:

I say, “Did you know that a baby porcupine is called a porcupette?”


Mom replies, “No, did you know a group of crows is called a murder?” We went on to discuss the symbolism/meaning behind a Counting Crows song named Murder of One.


I love animal facts. I don’t know what other parents watched on TV, but often I remember my dad in particular, watching PBS shows about reptiles or manatees or the dangers of the black bear. I was engrossed. Ever since, I’ve been taken by fascinating aspects of animal life. I even attempt to find ways to incorporate some of the unusual things into my novels.


Today for your reading pleasure I’m going to spill a list of unusual animal facts on the page: 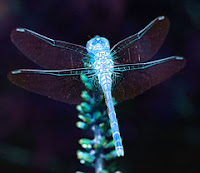 Don’t those just get the brain juices flowing? Do you know any interesting animal facts?


*I used over a dozen sources for these facts. If you’re interested, I can provide the names of each.
**photos by flickr